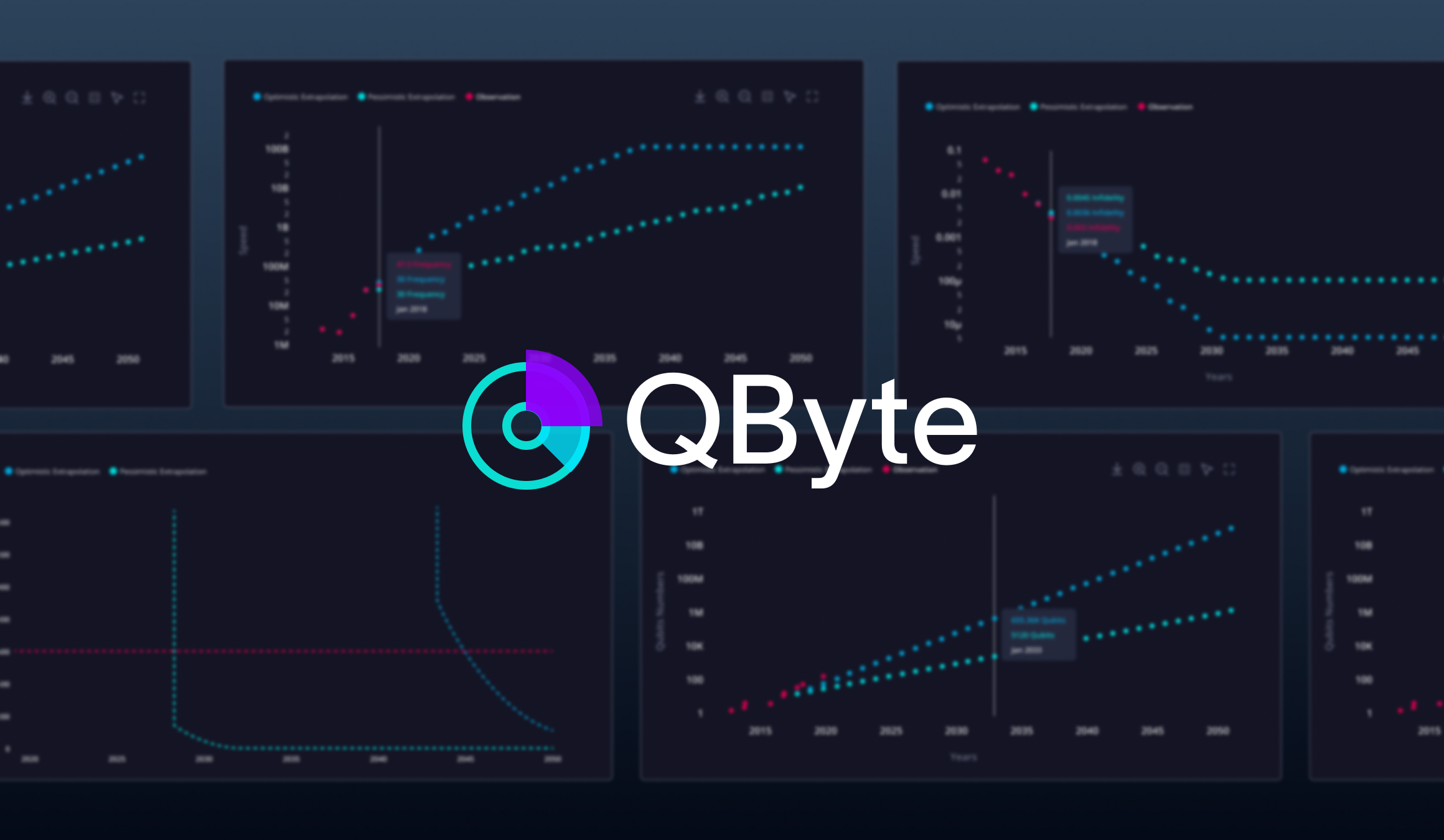 QByte gives you the latest information on research and development in the field of quantum computing. We provide a dashboard to track important research metrics and how they relate to breaking the cryptography underlying Bitcoin and Ethereum.

Pairing this article with Over the Rainbow will give the reader a good understanding of the quantum threat to blockchains and the scientific efforts underway to secure blockchains using post-quantum cryptography.

Digital signatures are ubiquitous in blockchains. They are responsible for ensuring the authenticity of a blockchain address and protect the integrity of blockchain transactions. A digital signature must be used to authorize the transfer of assets and are thus an integral component of every blockhain ecosystem. Digital signatures are thought to be secure against attacks by large scale supercomputers, but Shor's algorithm demonstrates the ability for a quantum computer to break these signatures. Breaking a digital signature means being able to derive a wallets private key giving it's public key (which is used to sign every transaction made from that wallet). Having a wallets private key opens up catastrophic attack vectors, diminishing the legitimacy of the blockchain and all applications built on top (DeFi, NFTs, etc.).

Quantum computers are expected to grow significantly in size, speed and accuracy over the coming years. The elliptic curve signatures scheme used by Bitcoin and Ethereum to generate the public-private key pairs for digital signature is well-known to be broken by Shor's algorithm for computing discrete logarithms. This dashboard calculates how long it might take to derive a secret key from a published public key on a future quantum computer. This is critical in the context of blockchains as the main window for an attack is the amount of time between when a transaction is broadcasted until the transaction is processed into a block on the blockchain with several blocks after it (at which point the transaction is secure). By our most optimistic estimates, a quantum computer capable of breaking the elliptic curve signature scheme in less than 10 minutes (the block time used in Bitcoin) could be developed as early as 2027.

Based on the trajectories of research development in these three metrics, we estimate the amount of time required for a quantum computer to break a 256-bit elliptic curve digital signature scheme, the same length used by digital signatures in Bitcoin and Ethereum. We give optimistic and pessimistic estimates based on the respective extrapolated projections provided in each of the three metric categories.

Play around with QByte here.